In October 2015, David Godfrey and I did a presentation at the National Aging and Law Conference on Neuroscience and Communication Skills for Working with Older Adults and I was asked to expand on the topic for this issue of the Legal Hotline Connection.

Let’s be honest, no one really wants to talk to a lawyer…unless involved in a legal matter or conflict. Hotline callers can be concerned, worried, anxious, impatient, overwhelmed, or angry (or a combination of all of the above) so it can be tremendously helpful to take a page from mediation training and understand a little about the neuroscience behind the “brain in conflict.”

Neuroscience has recently gained prominence in litigation and has been used to inform jury selection and sentencing, among other areas.  As a long-time mediator and elder law attorney I think it holds equal promise in the areas of elder law and legal hotlines because it can help increase our understanding of a client’s perspective and therefore be used to improve communication with clients.

Neuroscientists, by studying how our brains work, have learned that the different areas of the brain serve different functions: for example, Paul McLean, former director NIH’s Laboratory of the Brain and Behavior breaks our brains down into three parts (triune brain).  The brainstem, limbic system, and prefrontal cortex play important and very divergent roles in how we react; and which of the three is in charge depends on the level of perceived threat. In the triune brain, the brainstem and cerebellum are reactive parts that focus on basic survival needs. This is the part of the brain where the “flight/fight/freeze” reaction initiates. The limbic system consists of several other areas of the brain and is thought to be associated with emotions and attachments, and the prefrontal cortex is the most advanced area of the brain, helping us create a sense of self, develop empathy, make moral judgments and gain insight. When our brain is in fight/flight/freeze mode we are unable to access the more developed parts of the brain to make a rational appraisal of how or whether to act. The “reptilian” part of the brain helped us tremendously in our cave dwelling times, but its reactive nature can get in the way of making solid decisions.

David Rock, a prominent social science researcher, posits that when we perceive a threat to one of five social domains, our brain automatically goes into fight/flight/freeze mode. A hotline attorney who understands the sources of these “threats” can help address the perceived source of the threat and help a caller get to a calmer place where a decision can be made.

The five social domains are status, certainty, autonomy, relatedness, and fairness (or SCARF.)  When we perceive a threat in one of those areas, our brainstems go into overdrive, emitting hormones and chemicals that make rational appraisal difficult at best. As you listen to an upset caller, see if you can identify the source of the perceived threat and whether it falls into one of these social domains. Then use attending skills and active listening to try to address/remove the perceived threat. Often, an acknowledgement and an open attitude will do wonders. But above all, don’t allow an upset caller to activate your brainstem with a SCARF threat. That can result in “emotional contagion” (a topic for another column.) 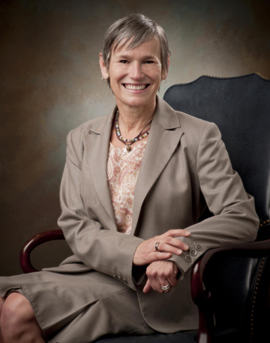 Ellie Lanier teaches elder law and mediation at the University of Georgia School of Law. She was the first manager of the Georgia Senior Legal Hotline.